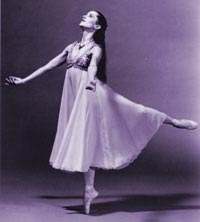 Born in Brooklyn, New York, Ms. Rudisill began dancing at the age of six. She was formally trained at Ballet Del Monte Sol in Santa Fe New Mexico under the direction of Louise Licklider, a former New York City Ballet dancer. At the age of 16, after working with guest teachers Alexander Minz, Anna Marie, and David Holmes, she pursued a career as a professional dancer.

After a brief time at San Francisco Ballet School, Ms. Rudisill joined the San Francisco Dance Theater under the direction of Penelope Johnson and Jody White. She then won a scholarship to the Joffrey Ballet Summer Program in San Antonio, Texas and later traveled to New York City where she studied with Robert Denvers and David Howard. While in New York, she was invited by Starr Danias and Douglas Wassell to join the Pavlova Celebration, a company dedicated to the performance of works choreographed on and for Anna Pavlova.

Touring nationally and internationally with the company, she had the opportunity to work with Irene Fokine, Ruth Page, Alexander Gudunov, and Clark Tippet. In 1982, at the invitation of artistic director Ronn Guidi, Ms. Rudisill joined Oakland Ballet. With the support and tutelage of Mr. Guidi, Howard Sayette, and Betsy Erickson, she became a prima ballerina of the company. 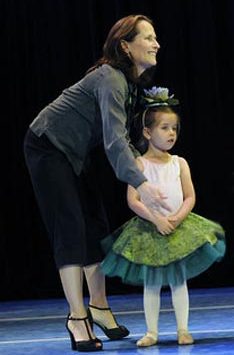 In 2002, Ms. Rudisill retired from Oakland Ballet after serving twenty years as a principal ballerina and ballet mistress. Abra was presented with a Shining Stars in the Arts Award for excellence in dance performance, scholarship programs, and mentoring youth by the Alameda City Arts Council in May of 2004.